Skip to the content
Has anyone seen World War Z yet? Me either… but it does make me think: what would happen if the world did become overrun by zombies? 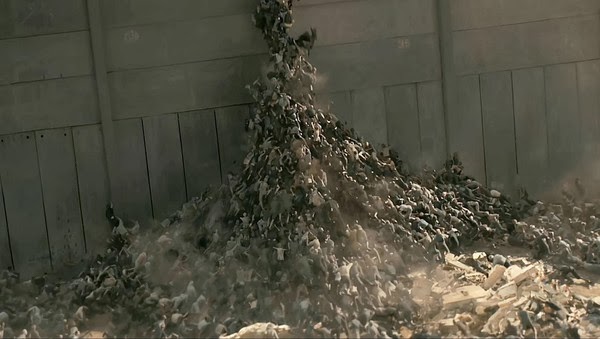 Undoubtedly it would break out in the USA (and the guy who eventually saved the whole world in a day would be from the USA) – so I think we’d have a long time until we had the problem arrive at our shores in Australia. Especially with the new “PNG solution” introduced recently.

Gets me thinking though… Let’s say we don’t get a zombie outbreak for another 10 years or so.. We won’t be making many cars in Australia any more, most clothing is manufactured offshore already, & our farmers are being pushed to the point of despair by both our tough weather & the big supermarkets. Hopefully we haven’t sold off all our natural resources already. Will we be able to support ourselves? Zombies have very little interest in maintaining trade relations I believe. Often heard saying the likes of “Brains..”, or “Brains..”, and commonly “Brains..”, I don’t think they diversify their thoughts enough to organise us a shipment of $3 t-shirts, Audis, coal, & exotic fruit. We may have to be self sufficient for a while :o

I personally feel quite sad when I hear about Australian manufacturing shutting down, & Australian companies moving their manufacturing offshore. Having recently entered the wool/clothing industry in Australia, the country that provides so much beautiful merino wool to the world, I’m startled by how few companies are manufacturing wool here in Australia. Try finding yarn that’s spun & dyed in Australia. Chatting with a group of spinners from NZ the other day at the Australian Sheep & Wool Show I was surprised to be told things aren’t too different across the Tasman. Have we been a little short-sighted in our bargain grabbing frenzy of late?

Having previously suffered from a severe & drawn out case of retail-therapy-itis, I have noticed over the years the rapidly declining presence of “MADE IN AUSTRALIA” when I check the care label. I’ve also been noticing the rapid decrease of the use of natural fibres, but I’ll save that for another rant.. I think supporting Australian made is a little like having a vegie patch out the back – we might need to supplement from the supermarket, but if we didn’t get down to the shops in time, we can at least whip up a delicious batch of pumpkin soup!