Skip to the content
This time last year I was in Virginia, hiking along the Appalachian Trail.  A friend of mine was hiking the whole trail, which is 2000+ miles (!!), but I was planning on just 500 miles, which would be spread over 6 weeks.  Just squeezed that in too!  It was quite the adventure & life experience – even more than I had thought it would be.
I knew I was going to launch Little Frock of Sheep this year, a career change for me, and decided that that a long hike in the wilderness would be a great bookend to the change of lifestyle.. & how often do you have a friend doing such a crazy thing?  There’s a lot to think about when you start up a new business & I decided it would be thought while on the trail. 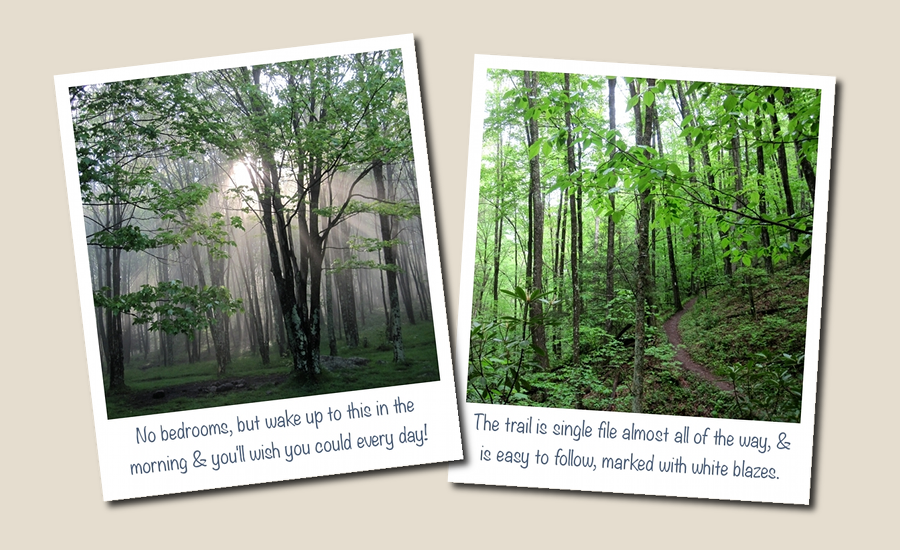 I’m a daydreamer, & barely a business plan footnote was thought of in the end.  Instead I was thinking about how the daily miles were going: would I get to the day’s camp before dark?  Oh look, a bumble bee!  I wonder if that water source on the map is running at this time of year..  Wow, look at how the sun’s filtering through those leaves.  Before I knew it my mind was a blank canvas in regard to the realities of life in Melbourne & was abuzz with excitement about the surrounding beauty, of which there was an abundance. 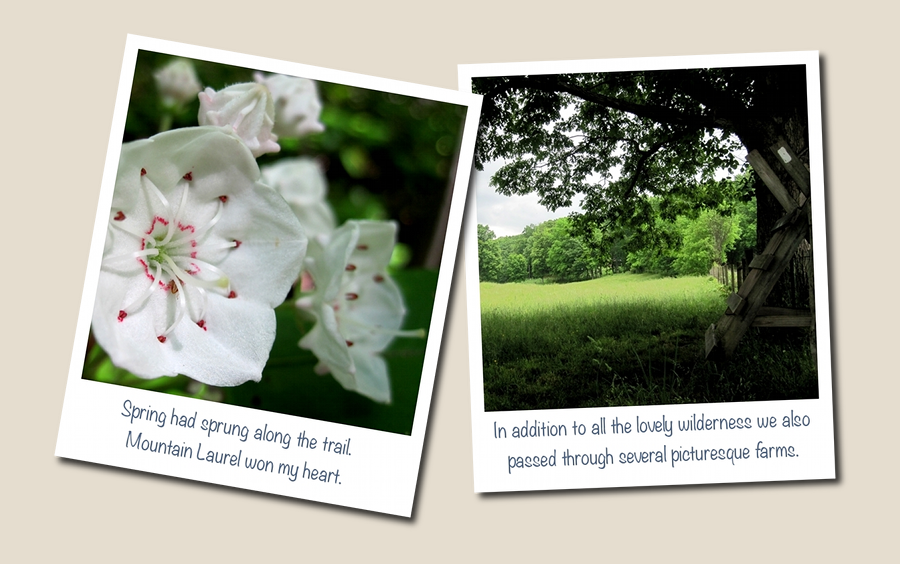 It was Spring in the USA while I was there, & the flora & fauna had got the memo.  There were beautiful flowers & baby animals that made you want to break into a skip.  If only my feet were still able to skip after all that walking!!  I skipped in my mind.

The whole section I completed was in Virginia, which is home to roughly 1/4 of the Appalachian Trail.  It’s such a lush & green state!  I haven’t seen much of the USA, but I was very happy with my trip to Virginia.  The locals were lovely, welcoming, helpful & supportive.  On occasion I’d arrive at a road crossing & someone had left an esky of cold drinks.  That’s *very* exciting when you haven’t resupplied for a week & have only been eating dehydrated foods.  “Trail magic” is what they call that, & the “southern hospitality” I’d heard so much about over the years was shining through, especially in the south of the state.  I think there might be a North-South gradient on southern hospitality, but I don’t have much data to go on – just an initial theory.. Trail magic was one of the great human aspects of the Appalachian Trail. 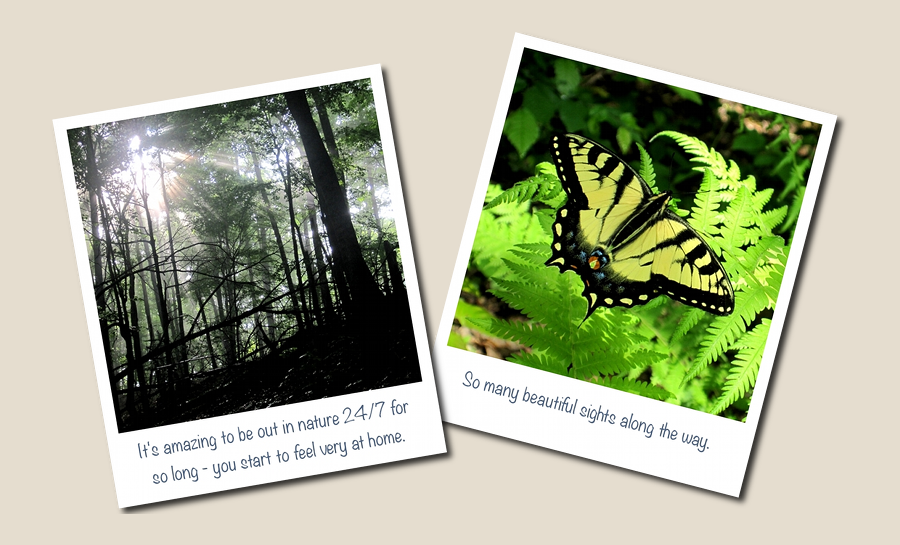 The trip ended up being full of all sorts of different aspects I wasn’t expecting.  Receiving kindnesses from anonymous strangers who sought no reward & struggling with the concept of not being able to repay a favour; stretching my own physical & mental boundaries; enjoying some of the most spectacular scenery I’ve ever been in; realising how few of my material possessions back home were actually needed; meeting others hiking the trail, of which there are many at that time of year, & learning more about their motivations.  Almost everyone I spoke to was marking a change in their life.  It seems to be the place for that, & I can recommend it – you’ll leave the past behind whether you want to or not, & end up as fit as you’ve ever been to boot! 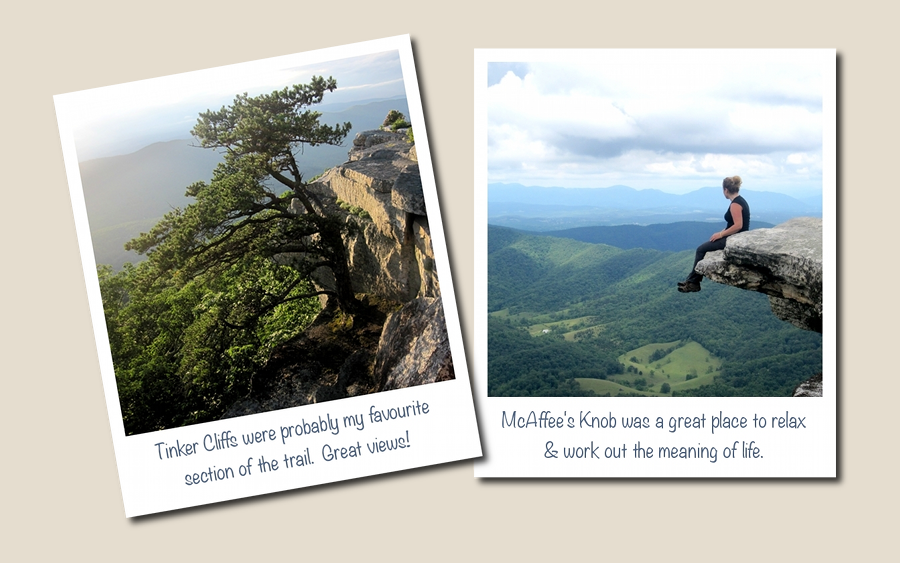 Although I didn’t do as much planning of the business side of Little Frock of Sheep as I had originally thought, I dreamt up most of the designs on the trip, & that’s the main reason they look a little like a knitted version of Spring!  The look of Little Frock of Sheep will always be vibrant & fun, but in this case it’s inspired by Spring in Virginia.   The inspirations are the creeks & springs, the flowers, the animals, the picture-perfect forests, the rolling farmland hills, the beautiful sunshine, and everything in between.

I’m hoping to share my experience on the Appalachian Trail through the Little Frock of Sheep 2013 Spring/Summer range, and if people enjoy my knitted memoirs as much as I enjoyed dreaming them up, there will be some very happy people come September!  I hope so. 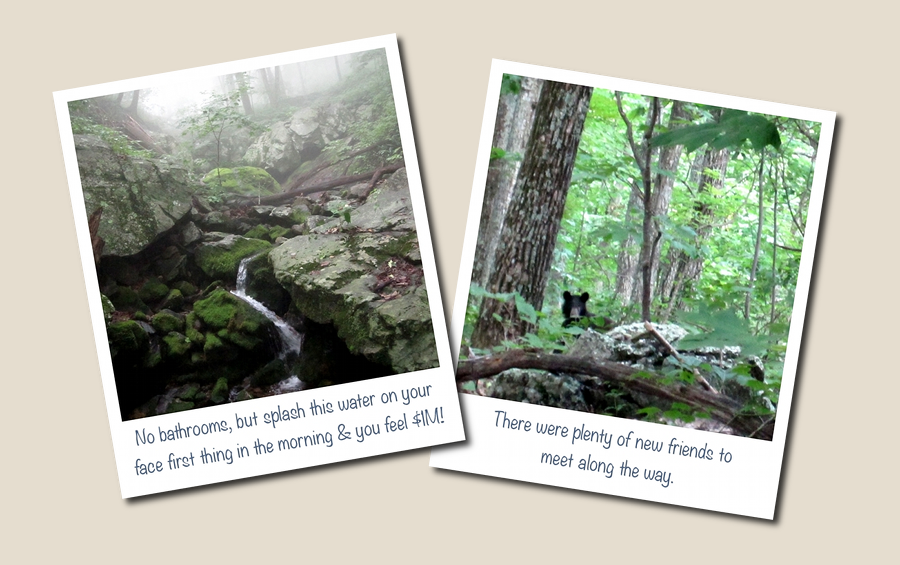